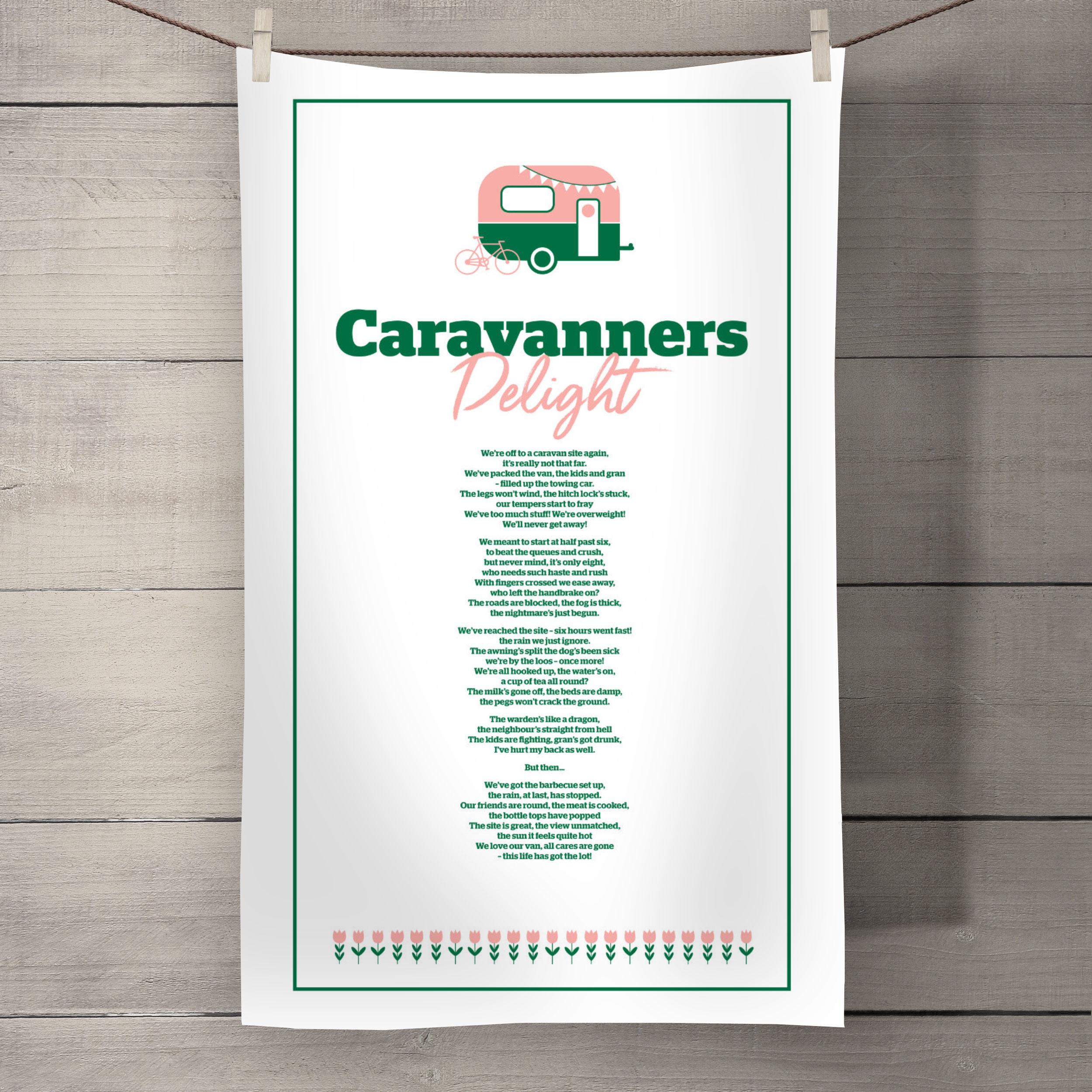 Caravanner's Delight - A poem for those who love their caravanning holidays!

We're off to a caravan site again, it's really not that far.

We've packed the van, the kids and Gran - filled up the towing car.

The legs won't wind, the hitch lock's stuck, our tempers start to fray

We've too much stuff! We're overweight! We'll never get away!

We meant to start at half past six, to beat the queues and crush,

but never mind, it's only eight, who needs such haste and rush

With fingers crossed we ease away, who left the handbrake on?

The roads are blocked, the fog is thick, the nightmare's just begun.

The awning's split the dogs been sick we're by the loos - once more!

We're all hooked up, the water's on, a cup of tea all round?

The milk's gone off, the beds are damp, the pegs won't crack the ground.

The warden's like a dragon, the neighbour's straight from hell

The kids are fighting, Gran's got drunk, I've hurt my back as well.

We've got the barbecue set up, the rain, at last, has stopped.

Our friends are round, the meat is cooked, the bottle tops have popped

The site is great, the view unmatched, the sun it feels quite hot

We love our van, all cares are gone -

this life has got the lot!"