'What Have They Done To Our Words?' Tea Towel 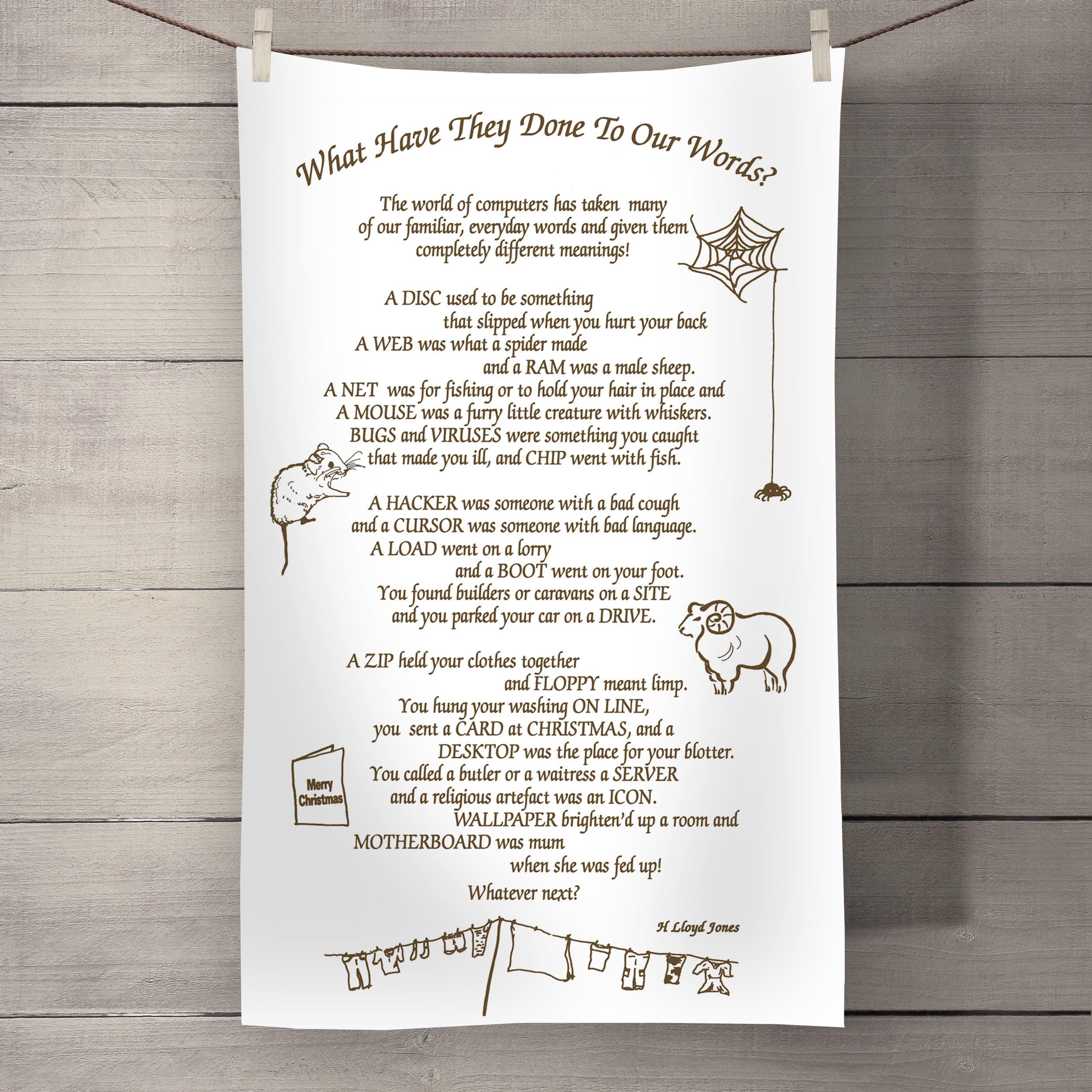 'What Have They Done To Our Words?' Tea Towel

What Have They Done To Our Words? The world of computers has taken many of our familiar, everyday words and given them completely different meanings!

A DISC used to be something that slipped when you hurt your back.

A WEB was what a spider made and a RAM was a male sheep.

A NET was for fishing or to hold your hair in place and a MOUSE was a furry little creature with whiskers.

BUGS and VIRUSES were something you caught that made you ill, and CHIP went with fish.

A LOAD went on a lorry and a BOOT went on your foot.

You found builders or caravans on a SITE and you parked your car on a DRIVE.

A ZIP held your clothes together and FLOPPY meant limp.

You hung your washing ON LINE, you sent a CARD at Christmas, and a DESKTOP was the place for your blotter.

You called a butler or a waitress a SERVER and a religious artefact was an ICON.

WALLPAPER brighten'd up a room and MOTHERBOARD was mum when she was fed up!